The College of Design is pleased to announce the opening of the Eicher Dress and Fashion Library, which honors Regents Professor Emerita Joanne B. Eicher. 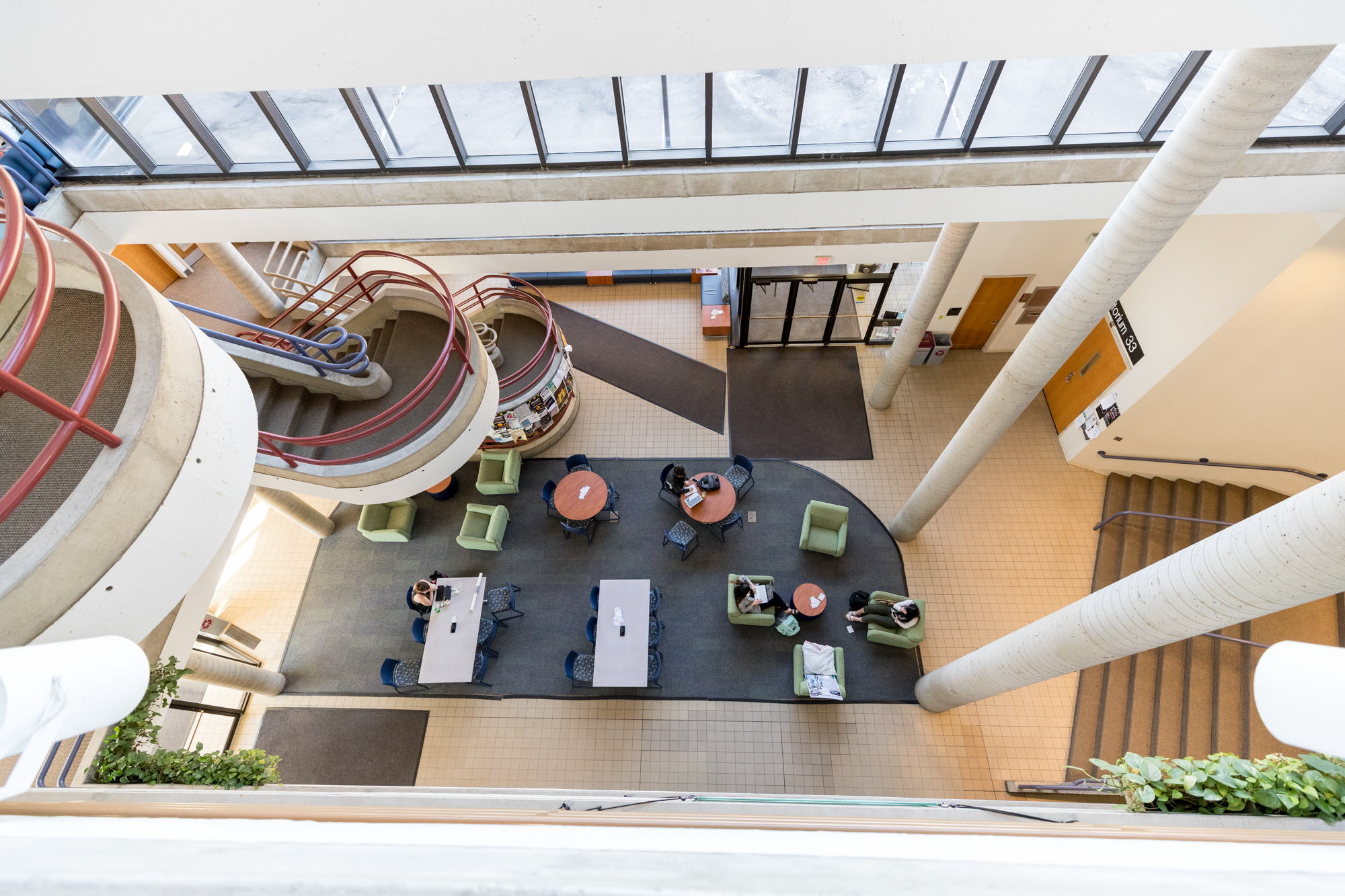 Dr. Joanne Eicher’s affinity for books began as a child, borrowing the local library’s daily limit of three books, then returning them the next day for another three. She grew up surrounded by the large library of her father, a Lutheran minister who was also pursuing a social science graduate degree as well as the family and fashion magazines of her mother. Her passion for books and magazines continued into graduate school, adding to professional reading, a love for fiction, autobiographies (especially women’s), and travel accounts.

After receiving a BA (1952) with a minor in textiles and clothing, Eicher earned an MA (1957) and PhD (1959) in sociology and anthropology from Michigan State University (MSU). She loved graduate school reading assignments and writing papers. Her first faculty position was at Boston University (1957). She returned as faculty to MSU in 1961 and was recruited in 1977 to the University of Minnesota (UMN). At both institutions, she developed her scholarly pursuit of clothing, textiles, and human behavior through research and teaching. At UMN, she became Department Head and Goldstein Museum Director, and in 1995 the University of Minnesota gave her the highest distinction of Regents Professor.

The library contains a wide range of books focused on International and Western dress and fashion. Included are works inspired by Eicher’s time in Nigeria where she lived with her young family in 1963–66. Eicher’s research on the cultural aspects of dress resulted in two African Dress bibliographies in 1969 and 1985, and Nigerian Handcrafted Textiles in 1976. A 1966 visit to the Niger Delta, home of the Kalabari people, prompted her to research their dress and textile practices based on their history and global trade. Dr. Tonye V. Erekosima, a Kalabari scholar, and Eicher wrote on “cultural authentication,” (the process of adapting “borrowed” artifacts, such as their special cut-thread cloth [pelete bite] made from Indian madras). She also researched Kalabari male and female dress, funerals, and other rituals. Eicher encouraged her graduate students to investigate sources of imported coral jewelry, madras, and velvet that the Kalabari used.

The collection also houses the Eicher co-edited Dress, Adornment, and the Social Order (1965), co-authored The Visible Self in 1973 (revised 2000, 2008, 2014), and co-edited Dress and Identity in 1995. Eicher’s other books include Fashion Foundations: Early Writings on Dress in 2003; Mother, Daughter, Sister, Bride: Rituals of Womanhood for National Geographic in 2005, and The Anthropology of Dress and Fashion: A Reader in 2019.

Eicher’s membership in various professional organizations (ITAA, CSA, TSA, AAA, ASA) shows her eclectic interests which are reflected in the collection. For a 1987 sabbatical, she affiliated with the Center for Cross-cultural Research on Women (CCCRW) at the University of Oxford in England. Following that, she participated in CCCRW workshops on dress and gender, dress and ethnicity, and beads and beadmakers, leading to books on those topics respectively in 1992, 1995, and 1998. Eicher became editor of two book series: Dress, Body, Culture (1994-) and Dress and Fashion Research (2013-) also Editor-in-Chief of the ten-volume Berg Encyclopedia of Dress and Fashion in 2010 that continues online. Her cultural research and teaching on dress resulted in invitations to lecture and present papers in the US, Europe, Australia, New Zealand, China, Korea, India, Egypt, Ethiopia, Senegal, Ghana, Cote d’Ivoire, Mali, and Nigeria.

The Eicher Dress and Fashion Library is open weekdays 7:45–4:00 PM. Stop by McNeal Hall, Room 240 to request the lockbox code. The library operates on the honor system. Please respect the user expectations posted in the library.