This year's speaker was Ambreen Tariq, the author of Fatima’s Great Outdoors and founder of @BrownPeopleCamping, a social media initiative that advocates for greater diversity, equity, access, and justice in the outdoors.

Collected below are post-ceremony frequently asked questions. If you cannot find an answer to your question below please reach out to cdesgday@umn.edu.

+
Who was invited to the Class of 2022 Commencement Ceremony?

The Class of 2022 received this invitation through their UMN email address. Invitations for members of our Class of 2020 and 2021 were sent to the most up-to-date email address we had on record. The deadline to RSVP to attend was Sunday, April 3.

+
Who was the 2022 commencement speaker? 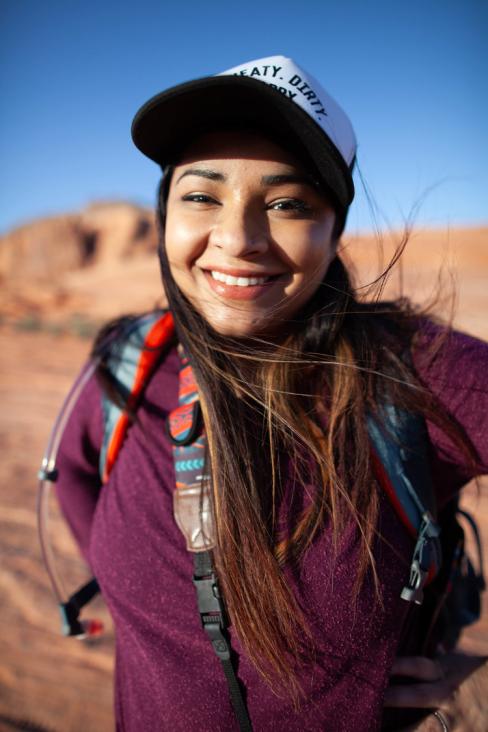 Ambreen Tariq is the author of Fatima’s Great Outdoors and founder of @BrownPeopleCamping, a social media initiative that advocates for greater diversity, equity, access, and justice in the outdoors. As an activist, Ambreen utilizes storytelling to share how her life experiences as a Muslim, South-Asian American immigrant female have shaped her love for the outdoors; to reflect openly on the role privilege plays in shaping our access to outdoors spaces and natural resources; and to promote passionately for everyone to experience and enjoy the outdoors in their own authentic ways. She strives to achieve these goals to help grow a community of people who, having developed personal connections to the environment, will feel invested in protecting it and advocating for its future wellbeing.

Ambreen is a non-practicing attorney who works for the federal government in Washington, DC; she runs Brown People Camping (BPC) outside of her day job. Through BPC, Ambreen has collaborated with various partners in government agencies, non-profit organizations, and private industry to promote diversity and equity in the outdoors. She has been a brand ambassador for Ford Mustang, Merrell, LL Bean, Airstream, REI, and more, and is celebrated as a BIPOC Outdoor Influencer. She is also the co-founder of Outdoor Muslims, first generation member of Diversify Outdoors Coalition, a founding member of the Outdoorist Oath and an advisory council member of the Sierra Club’s Outdoors For All campaign. Ambreen previously served on the Board of Directors of the Appalachian Trail Conservancy and Green Muslims.

Ambreen is a former honoree of the National Trust’s 40 Under 40: People Saving Places, and was a featured author in the Library of Congress’s 2021 National Book Festival.  Her writing has been published multiple times in Outside magazine, and Ambreen has been profiled by the New York Times, ABC News, NPR, SELF Magazine, CNN Health, Elite Daily, Vogue Business, Sierra Magazine, and more. You can learn more about her work at www.BrownPeopleCamping.com.

+
When will I receive my diploma?

Most students generally receive their diplomas two to three months after completing their degree requirements. Participation in the graduation ceremony does not guarantee that you have completed your degree. Be sure to contact your academic advisor if you have questions or concerns about completing your degree requirements. For more information about your diploma visit One Stop.