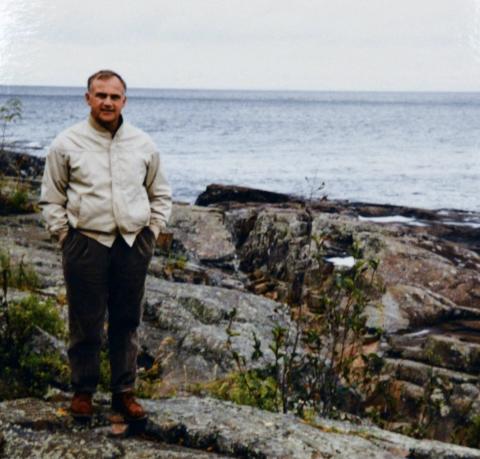 He led by example, designing important public landscapes that have endured as icons of Minnesota’s urban fabric. If you have walked the Stone Arch Bridge, visited the Minnesota Zoo, or driven along the Minneapolis Grand Rounds, you have experienced a landscape designed, planned, or improved by Roger Martin (among hundreds of other places). He also co-founded an influential and important multi-disciplinary design firm, InterDesign, where collaboration among disciplines was emphasized in every project, a novel concept in the late 1960s that is now considered the standard approach to practice today. Later, he continued his practice in partnership with Marjorie Pitz, establishing the firm Martin and Pitz, where he continued to practice until his retirement. Roger also served the profession as national president of the American Society of Landscape Architects (ASLA), in numerous roles for the Minnesota chapter of ASLA, and as president of the Council of Educators in Landscape Architecture (CELA) throughout his career.

Beyond his professional accomplishments, Roger also influenced generations of landscape architects as a teacher and mentor. He was recruited by prominent Minnesota architect and Chair of the U of M Architecture School, Ralph Rapson, in 1966 to start the landscape architecture programs at the U. He partnered in this action with colleagues, Professor Emeritus Roger Clemence as an urban design expert and Herb Baldwin, a practicing landscape architect. They designed a curriculum that emphasized collaboration and a systematic, analytical approach to problem-solving, which allowed students to understand and resolve the inherent problems of a site and design program. He did not stress a specific stylistic approach, allowing students to explore their own influences to find inspirations for their designs.

Roger also brought a keen observational skill to his research at the University. He traveled the world, studying the landscapes of antiquity and tirelessly sketching and diagramming their forms as lessons to influence his own design and teaching. The evidence of that work exists in detailed sketchbooks now found in the University of Minnesota Archives and culminated in a self-published book, Illusion in exterior space: Perception manipulation and placemaking on the land. His dedication to this research and love of travel was seeded in the landscape architecture program through study abroad programs that continue today.

He also embedded the programs with a respectful, measured approach to teaching, reflective of his own personality. Alumni frequently mention Roger’s kindness and caring approach to education. He was encouraging and wanted each student to develop their own tailored approach. This kindness repaid dividends by growing the profession of landscape architecture within the state of Minnesota and beyond. Early graduates of the U of M Landscape Architecture program went on to practice in newly established private design firms and in public agencies such as the Minnesota Department of Natural Resources and the National Park Service. This growth in the profession has continued through the present and created an amazing collection of high-quality landscape spaces throughout the region in the form of plazas, parks, parkways, trails, gardens, campuses, and protected natural areas that contributes immensely to the high quality of life we enjoy today.

This is the ongoing legacy of Roger Martin, a humble, quiet man who hailed from Detroit Lakes, Minnesota, and played varsity football as an undergraduate at the University of Minnesota. He was also a trumpet player, a beekeeper, a baritone choir member, and a dedicated husband and father. Many who knew him remarked on the amazing partnership he and his spouse Janis shared, reflecting that she was an integral part of his success, and by extension, the legacy that he has created.

An excerpt from his obituary posted in the Star Tribune on December, 21, 2020 sums up much of what made him an unforgettable influence on so many lives.

"When once asked by his family how he would like to be remembered he said as a good husband, father and friend. They assured him he had been that and much, much, much more. He died as he lived, with gratitude and little fanfare."

To paraphrase the University's and State's famous song, Hail Minnesota:

Thy light shall ever be

A beacon bright and clear

Thou shalt always be our Northern Star.

In honor of Professor Emeritus Roger Martin, the landscape architecture community has set-up the Roger B. Martin Travel Prize through the College of Design. This prize will not only benefit the individual award winners but the results of recipients’ travels will become shared knowledge for all Minnesota Landscape Architects to the benefit of those we serve.

Change is intrinsic to the field of landscape architecture, which has prepared the Department of Landscape Architecture to meet the rapid changes we are facing on a daily basis. As we begin to wrap up the spring semester, I want to share how our department has been adapting and responding.

Longtime professor, mentor, and leader in the Twin Cities design community Joe Favour (B.L.A. ’92) began his appointment as head of the Department of Landscape Architecture this June.

Though easily forgotten and often misunderstood, the infrastructures of wastewater treatment are closely tied to our everyday lives.