Making Space for Emotion: Gardens of Pain and Joy is not your average landscape architecture design studio. Taught by Professor Rebecca Krinke, this innovative course teaches students how to intentionally design spaces that acknowledge feelings and share them. 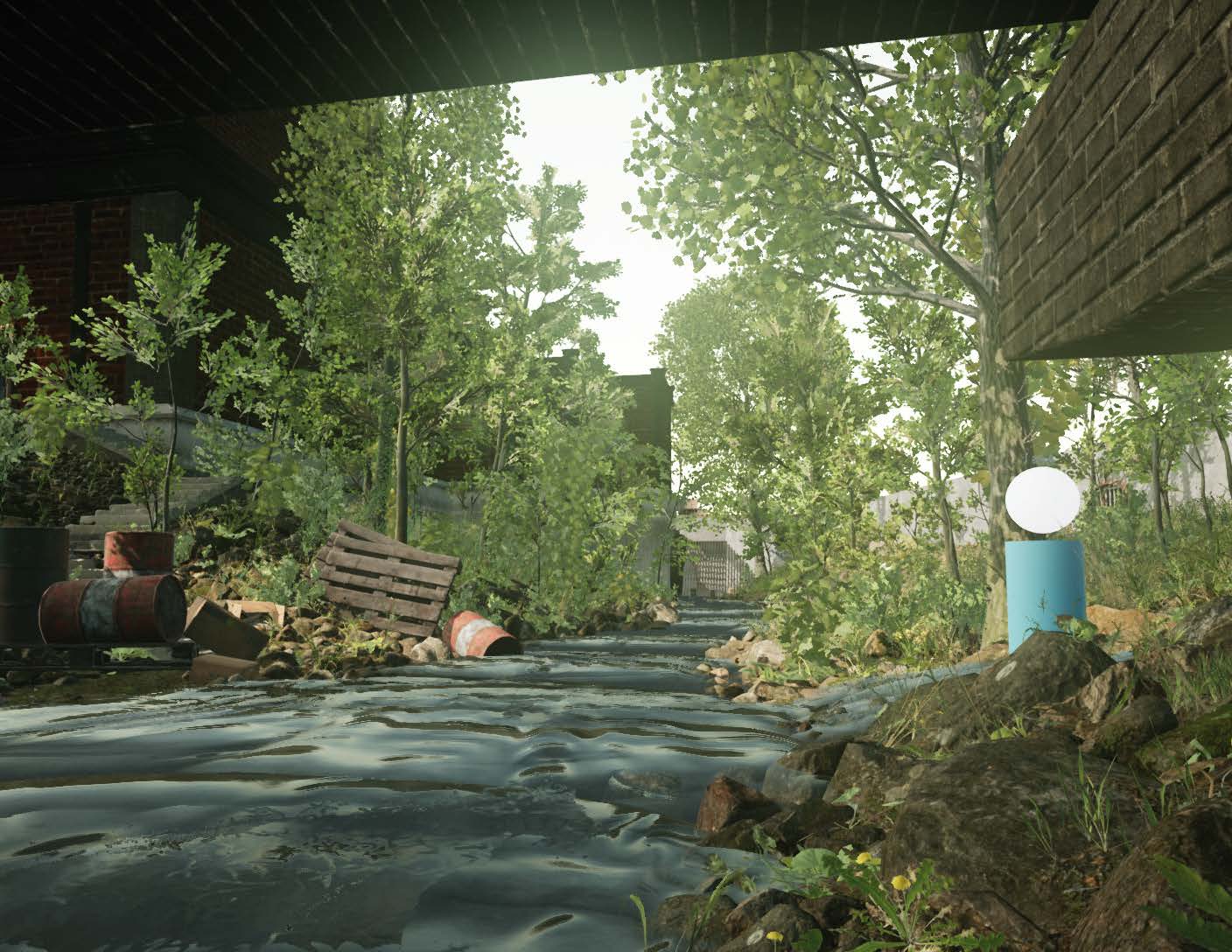 Students in the studio were asked to follow Glenn Albrecht’s new book, Earth Emotions, and design a natural space that communicates two chosen emotions. Master’s of Landscape Architecture student Preston McMahon centered on a buried Minneapolis waterway, Bassett Creek, for his project and made it accessible to people through the use of VR.

What emotions did you want to invoke in the viewer with this video?

The two emotions I focused on for this project were:

I was inspired to choose these two because of my deep interest in the natural world and the destruction of our environment. I want to use the understanding of ecoagnosy to provoke terrafurie in those who may have been misinformed or unaware of an ecological state underneath our feet.

Why did you choose Bassett Creek?

Throughout the project, I was balancing the idea of whether or not I should ground it in the physical world. I decided to do so, as it helps the user feel more connected to a real issue, rather than a completely virtual one. I chose Bassett Creek because it allowed for a strong connection of ecoagnosy. There are so many people that are familiar with the North Loop area and that have heard of Bassett Creek, but never knew it went underneath downtown Minneapolis. Breaking this understanding creates tension, especially as we begin to see how we treat the environment directly connected to the watershed of the buried creek. The story of Bassett Creek is also not unique. Cities all around the world have similar buried rivers and stormwater systems, and the project quickly became relatable even to reviewers and viewers from other places around the country.

What was the most challenging part of creating this VR experience?

The biggest challenge was actually not creating the virtual space (though a lot of my background is in computer modeling, and this certainly isn’t a beginner project), but rather making the video accessible. The difficulties with sharing a technology that is still being developed makes it nearly impossible to share with the average person. In order to fully share the immersive environment, it is necessary to not only have a really powerful computer, but also a VR headset. Sharing a 2D version of the viewers’ headset was the best way I could find to get over this issue and expand my audience. It allows for the idea to still be shared, just not in the same type of a “user experience” which is created while in the VR environment.

What place do you see for VR in landscape architecture or in the design fields as a whole?

I think VR is going to be a crucial piece of designing in the future, not only for communication but also for the creation of design projects. These virtual worlds allow for a user to quickly experience a space, and understand exactly what it will feel like in the real world. This is also beneficial to the designer, as it can be used to get away from the flat screen and begin to play with adjusting things to the design in a virtual environment. It quickly adds another dimension to planning out a design and gives the designer room to experience the same space at different scales. Being able to design a space in several scales is crucial for both the designer and the client to fully understand a project.

How do you plan to apply this experience/project to your future career?

I want a career in coral reef and coastal restoration. I believe VR will be a crucial way to not only teach people about restoration but give someone access to the otherwise inaccessible underwater world and a more realistic sense of the current degradations. Many people, like myself, are from areas that are hundreds if not more than a thousand miles from the nearest coast. This quickly makes one feel that they have no direct impact on these environments when in reality they are closely connected through the water systems around them.

Early interaction with nature has been proven to increase children's capacity for creativity, critical concentration skills, and relationship building.

On November 24, 2016, the Colombian government and the Fuerzas Armadas Revolucionarias de Colombia (FARC) signed a peace accord after over 50 years of armed conflict. As the country tries to move forward Daniela Duque Quevedo and Danielle Jurichko, two students in the College of Design’s Master of Landscape Architecture program, are exploring how design and landscape architecture can help provide a space for healing.

Reimagining Landscapes in the Age of Climate Change

Our planet’s changing climate will radically transform not only our landscapes but the industries that have developed around them. In her capstone, M.L.A. student Rachel Valenziano explores how to redevelop areas of the Louisiana coastline that are currently used by the oil and gas industry.