On November 24, 2016, the Colombian government and the Fuerzas Armadas Revolucionarias de Colombia (FARC) signed a peace accord after over 50 years of armed conflict. As the country tries to move forward Daniela Duque Quevedo and Danielle Jurichko, two students in the College of Design’s Master of Landscape Architecture program, are exploring how design and landscape architecture can help provide a space for healing. 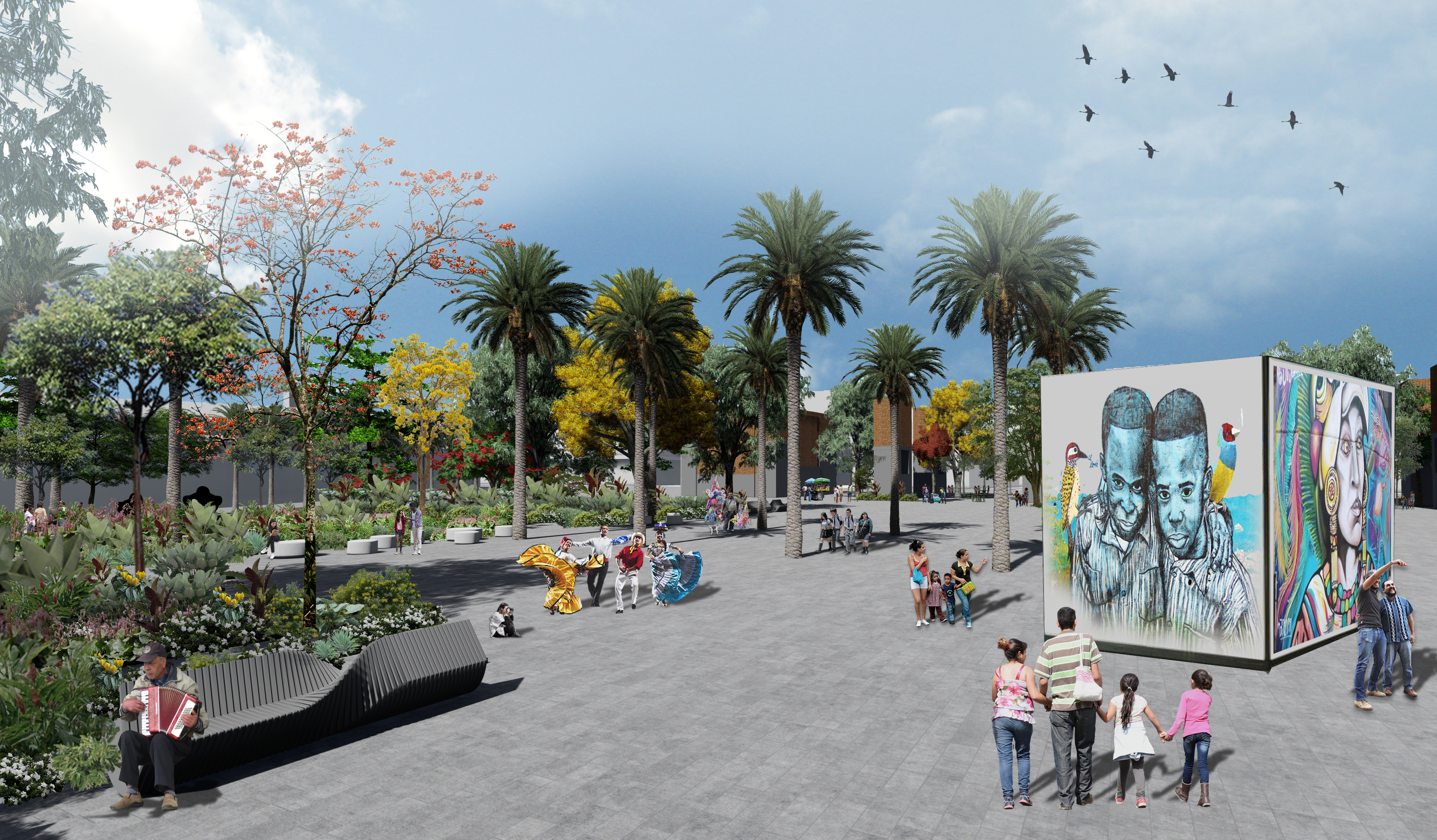 “My capstone started initially with questions around what is the role of designers in peace and the new future of Colombia. Is this a post-conflict era? What is next for my country?” explained Duque Quevedo, who grew up in Colombia in the city of Medellín. As her research progressed so did the focus of Duque Quevedo’s project, “I started becoming more interested in the experiences of the Afro-Colombian community because this was one of the biggest communities to suffer during the conflict and I discovered my hometown has a large community of Afro-Colombians,” said Duque Quevedo. “Once I discovered that I decided to create a public space that could help with healing and would bring the Afro-Colombian community into the conversation.”

Passionate about human rights, Jurichko was inspired to focus on Colombia by one of her undergraduate instructors. “One of my majors in undergrad was Spanish studies and I really connected with one of my instructors, Professor Luis Ramos-Garcia. He was the only American at the Colombian peace treaty and he’s one of the reasons I’m so passionate about this topic. He invited me to visit Colombia on one of the University’s Grand Challenges research trips focused on fostering just and equitable communities.”

During Jurichko’s trip, she researched how artistic and theatrical expression can be utilized as a tool for healing and decided to make that part of her capstone. “While I was down there I met women who had lost their husbands, their sons, their brothers, everyone that they loved due to the armed conflict and mass killings. The women I met with had come together to start a human rights organization focused on using art and theater performances to get their voices and stories heard. My capstone project is focused on how landscape architects can support this type of work,” said Jurichko.

Both Duque Quevedo and Jurichko believe that design and landscape architecture can play a role in encouraging and facilitating conversations and healing. “My capstone asks how can we bring survivors into this conversation and I have selected a plaza in Medellín to create a public space that can be used as a memorial. I’m calling it a living memorial because I want the plaza to show what a memorial for someone that’s still alive could be like,” explained Duque Quevedo.

For Jurichko’s capstone, she selected a square in the city center of Bogotá to transform into a place for community theater and storytelling. “Right now it’s just stone and concrete, and there are not many places to sit even though it is a widely used space for festivals and markets and has a number of museums and institutions, universities, theaters, libraries, etc. I want to design it so that community theater groups and artists can display their work. I want it to be a space of healing and storytelling.”

For both students, the chance to raise awareness about the historic and ongoing conflicts in Colombia and the opportunity to provide something tangible to help with the healing process is the most exciting part of their capstones. “Just being able to connect my work to something that is so important to me has been a fantastic part of my project,” concluded Duque Quevedo.

There are 25 statues honoring historical figures in New York City’s Central Park. They include a sculpture of a Polish king, a Venezuelan military leader, a Prussian naturalist, and even a sled dog. But not a single one of these statues is in honor of a historical woman.

Reimagining Landscapes in the Age of Climate Change

Our planet’s changing climate will radically transform not only our landscapes but the industries that have developed around them. In her capstone, M.L.A. student Rachel Valenziano explores how to redevelop areas of the Louisiana coastline that are currently used by the oil and gas industry.

This July, four million people in Cape Town, South Africa, may be without water, their pipes dry as the city succumbs to a devastating drought. Around the world, governments and their citizens are grappling with issues of water availability, cleanliness, and management.