It was while flipping through a magazine in the old Rapson Library that David Krummel (B.Arch ’84) stumbled across the field of set design for the first time. Although he no longer remembers the magazine, the article on production design for the Terry Gilliam movie Brazil stuck with him, sparking an interest he’s never lost. 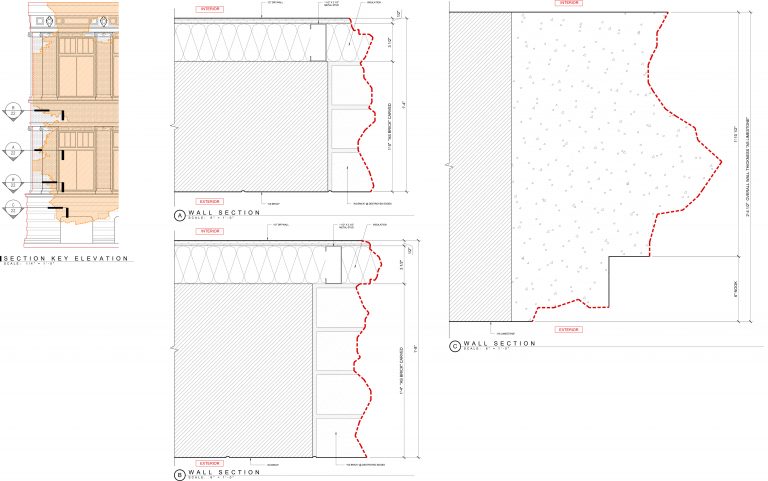 Since that fateful day, Krummel has turned that spark into a successful career in production design. Working first as a set designer on well-known movies like The Fugitive, Contagion, and Man of Steel, he now works as the art director on the hit NBC show Chicago Fire, which is now in its 8th season. In the following interview, Krummel talks about his path to becoming an art director, the versatility of design degrees, his experiences in the entertainment industry, and more.

What is the difference between a set designer and an art director?

A set designer is an individual who produces the 2D drafting and 3D modeling necessary to construct the sets while an art director supervises the overall art department of a production. This includes set designers, model makers, graphic designers, art department coordinators, and art department production assistants. Art directors also develop and track the construction budgets and schedules throughout the duration of the production. Basically, an art director’s scope of work is similar to that of an architect, which I am also licensed as. They develop the set designs with the production designer, supervise the production of the drawings for the sets, manage the construction with the carpenters and painters, and interface with all other departments along the way who “touch” the set.

How did you become an art director?

I started out as a set designer and then moved up to an assistant art director and then art director. My first project as a set designer was on the feature film The Fugitive. I sent in a resume to the production company and was shocked to get an interview and the job without any film experience! I think my architectural training and the extensive drawing experience I had is what made me stand out as an applicant. I do remember being a little starstruck meeting Harrison Ford and having to measure him for fitting inside all the sewer piping we built for his escape scene from Tommy Lee Jones.

How do you apply your architectural background to your work?

There are many similarities between art directing and architecture, and there are a lot of architecturally trained people in the business, though more so as set designers then art directors. In both fields, you really have to know how to design, draw, and figure out how elements go together. The entertainment business moves along at a very rapid pace, and you need to think on your feet and quickly solve problems. I learned a lot of those traits in the architecture world.

What kind of research do you conduct to create a set?

There is a lot of research that goes into all of the sets. We like to be accurate in the storytelling because there are a lot of “experts” watching. Every episode has its own wrinkle to it, for example, an upcoming episode deals with natural gas leaks and gas leak explosions. To get the sets right for that episode, my team needs to research what a gas leak explosion would look like and then try and develop it into something accurate and yet visually interesting for the audience. In part, we rely on experts in the industry for that research. For instance, our show has a full-time technical advisor on staff who is a retired firefighter. He has an amazing amount of real-life experience and contributes to many of the rescue storylines.

We also do a fair amount of location work on the show. Most of it is fairly aggressive in terms of the level of construction and crazy real-time fire effects. Not too long ago, we found an abandoned laundromat in a small town just south of Chicago where we built an interior fireproof set piece along the existing exterior glass storefront. We replaced the entire glass storefronts with our own tempered glazing and then blew the entire room with all of its set dressing and all of the glass onto the street with three huge fire mortars. Basically, everything we do is a real-time event. Overall, it gives the show a strong sense of realism and doesn’t rely on CGI in post-production.

What has been the most surprising thing to learn about working in the entertainment industry?

On my current show, Chicago Fire, every episode comes together over an eight-day period. The show runs on an eight-day cycle: eight days of prep and eight days of shooting. We are always prepping, shooting, and wrapping simultaneously. Typically, the writers will have an outline for the episode ahead of time and then we will get a finished script a day or so before our concept meetings. I guess I am always amazed by what our crew can put together within our eight-day prep cycle. For films, you tend to get more time for prep, but TV is more like a freight train barreling down the tracks.

What advice do you have for current students and alumni who want to go into nontraditional design careers?

There are so many options out there for people with design degrees and not just in the entertainment world. I am a little biased, but I’ve always thought a design degree prepares you for a lot of career possibilities and translates to a lot of different areas. You do have to be aggressive and seek these opportunities out, but they are out there!

Robert Mack (B.A. ’67 Architecture, B.Arch ’73) may be one of Minnesota’s most soft-spoken architects. But last fall he was making headlines.

Paying it Forward: An Interview with Susan Hegland Blumentals (B.Arch ’59)